Eric Cantor (R-VA) is holding up the Violence Against Women Act because he wants one group removed from the acts protections. Native American Women.!! The logic for this astounds me.

Two sources familiar with negotiations on VAWA, both of whom requested anonymity given the sensitive nature of talks, have told HuffPost that Cantor is refusing to accept any added protections for Native American women that would give expanded jurisdiction to tribes, and is pressuring Democrats to concede on that front. There does seem to be room to negotiate with Cantor on the other two provisions relating to LGBT and undocumented immigrant protections, the sources say.

Cantor believes two things. First that added protections to undocumented immigrants, the LGBT community and Native American inclusion in this Act is politically motivated. Secondly he does not want to give added powers to tribal law enforcement over non native Americans.

That means non-Native American men who abuse Native American women on tribal lands are essentially "immune from the law, and they know it," Senator Patrick Leahy said.

It seems, once again, Republicans are willing to sacrifice a minority for the Good Old Boy Network. This is a common sense law that needs to be passed.

Here is a chance to get on the right side of an issue for a change. Recent history shows Republicans weak on social issues. Here is another example.

I urge Senator Cantor and all Republicans to get behind this law. Lets start showing that we actually care about people.

Randy
Posted by Unknown at 12:31 PM No comments:

The Devastation Of Losing A Father

As children sometimes we look at our parents with confusion and dismay. Understanding some of their decisions is hard for children especially ones that have become teenagers. Most of us live our lives with the luxury of our parents being there for us over many years.

But for those that lose a parent young life becomes a much harder road. I lost my father when I was 20, still in college, and my brother was 16. Our dad was our compass; leading us through life's little mine fields safely when we needed the help and picking us up when we attempted to navigate on our own and failed.

I was speaking to my brother this morning and he said that our lives have been hard and not what we had planned. That our lives would be vastly different had our father lived. I had never heard him say anything like that before and it struck me that we both believed the same thing about dads loss. My brother is a lot smarter this morning than he was yesterday, lol.

Our father was a special man. Yes I know most children say that about their fathers but its true for me. He was a Lieutenant Colonel in the Air Force Reserve having been a member of that organization since he served in WWII. He held college degrees from East Strasbourg College in Pennsylvania and Pace College in New York. At the time of his death he was employed by a Wall Street Investment company and as a family we were on the verge of becoming affluent.

All that changed on January 8, 1968. I learned a new word that day; Thrombophlebitis. A word that has always terrified me. Now days its treatable with medications and had those been available in 1968 dad would have come home. Unfortunately they were not.

When the dust of the funeral settled and we found ourselves at home alone the reality of a new life hit us hard. Nothing was he same for any of us. My mother lost the love of her life and a future that would have given her the life she deserved. I remember, on my moms death bed in 2003, the doctor informed her that there were things they could do to extend her life. Mom, in what struck me as a very real love story, told the doctor that "my husband has waited for me for 35 years and it was time to go to him".  As sad as that was for my brother and I it made sense and we supported her decision.

After my father passed we were like ships without rudders. The advice that had guided our lives was gone and we were thrown into a life that demanded we succeed. It seemed like every success we managed was met with three failures of greater proportion.

My brother drifted into drugs and problems with law enforcement. He married, had a child and divorced. He never finished high school and has worked at any job he could get since then. Life has been struggle but as he has aged things have gotten some better. His daughter has married and now he has 3 grand children. He works six days a week. I am proud of him.

I had it a little easier. I was almost finished with college when my dad passed.  I graduated but had no idea what I wanted to do with my life and floundered in low paying jobs for a few years. Finally I ran, and I do mean ran, to hide myself in the army.

I enjoyed my army service but I knew that there was more I needed to accomplish. Since the army I have graduated from college again just to lose my career to stupidity and greed. I have three failed marriages and four children(one who hates me, two that are totally indifferent to me and one that adores me because I have not disappointed her yet). Physically I am a disaster, mentally I have suffered from depression since my early twenties and financially I am a bankrupt company with no foreseeable way out.

I can not blame all these things on my fathers passing but I truly believe that had he lived both my brother and I would have developed the one thing we lacked after he passed. Character!!

The deficiency of good character has, in my opinion, eroded our ability to make good solid decisions. It seems a lack of character has had us playing catchup all our lives. I can say, with certainty, that age has finally given us the life tools we needed years ago but to late to achieve our true potential.

The one good thing that has come from my failures is that my children have a drive to succeed that is veracious and character to go with it. So at least my failures have served a purpose.

OK, I hear y'all saying, "how do I get out of this pity party?". All of what I have said is to make the point that the guidance and character of a parent is a guiding light that will influence children throughout their lives. Lack of that guidance, be it from death, divorce or abandonment, can and most likely will ruin the child for the rest of their lives.

A story that will show what kind of man my father was.

In the mid 1950's my father was looking for a better job. He saw that there was an opening for an accounts manager at Crawford Clothes, a New Jersey clothing chain. Now mind you my father had never managed accounts and had little accounting experience. But he was intelligent beyond imagination.

He set up an interview that was scheduled two weeks from the day it was arranged. Then he want to a library and read and studied every book on accounting he could get his hands on. On the day of the interview he not only got the job but was the most qualified candidate and that included men who had been in the business for years. My father had combined a veracious capacity to learn with an impeccable clothing sense into a high paying management job that was to propel him higher than any member of our extended family had ever flown.

That was my father. An intelligent, quality person who the term character was invented.

I had so much left to learn from him.

Randy
Posted by Unknown at 12:36 PM No comments:

The Lair Of The Unicorn

All the news of importance seems to be coming out of North Korea these days. On the heels of Kim Jong Un being mistakenly declared The Worlds Sexist Man by the Chinese press comes this news that finally proves one of my core beliefs. 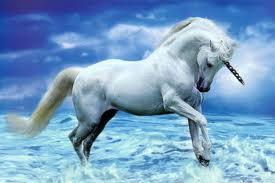 I have believed that unicorns were real and not mythical since I was a child. My whole life has been dedicated to finding a mate that loved unicorns and believed in their magical powers.

Now thanks to the North Koreans, who believe that one of their ancient kings rode a unicorn into battle, I have proof that I am not quite as mad as y'all make me out to be. It seems that the North Koreans, in an attempt to prove that they are the rightful rulers of the entire Korean peninsula, have found the Lair of the Unicorn near Pyongyang proving that they are blessed with the home of the ancient rulers of Korea.

The North Korean Central Press, not to be confused with the North Korean Northern or Southern Press organizations, is the source of this discovery. I am so going to send them a Christmas gift basket.

Wait! Was it not the North Korean Central Press that said while Kim Jon Il was still alive that he invented the hamburger, wrote 1,500 books in college and shot 11 hols-in-one the first time he played golf?

Randy
Posted by Unknown at 10:30 AM No comments: